People expect rich audio experiences that automatically adjust when the context changes on the device. 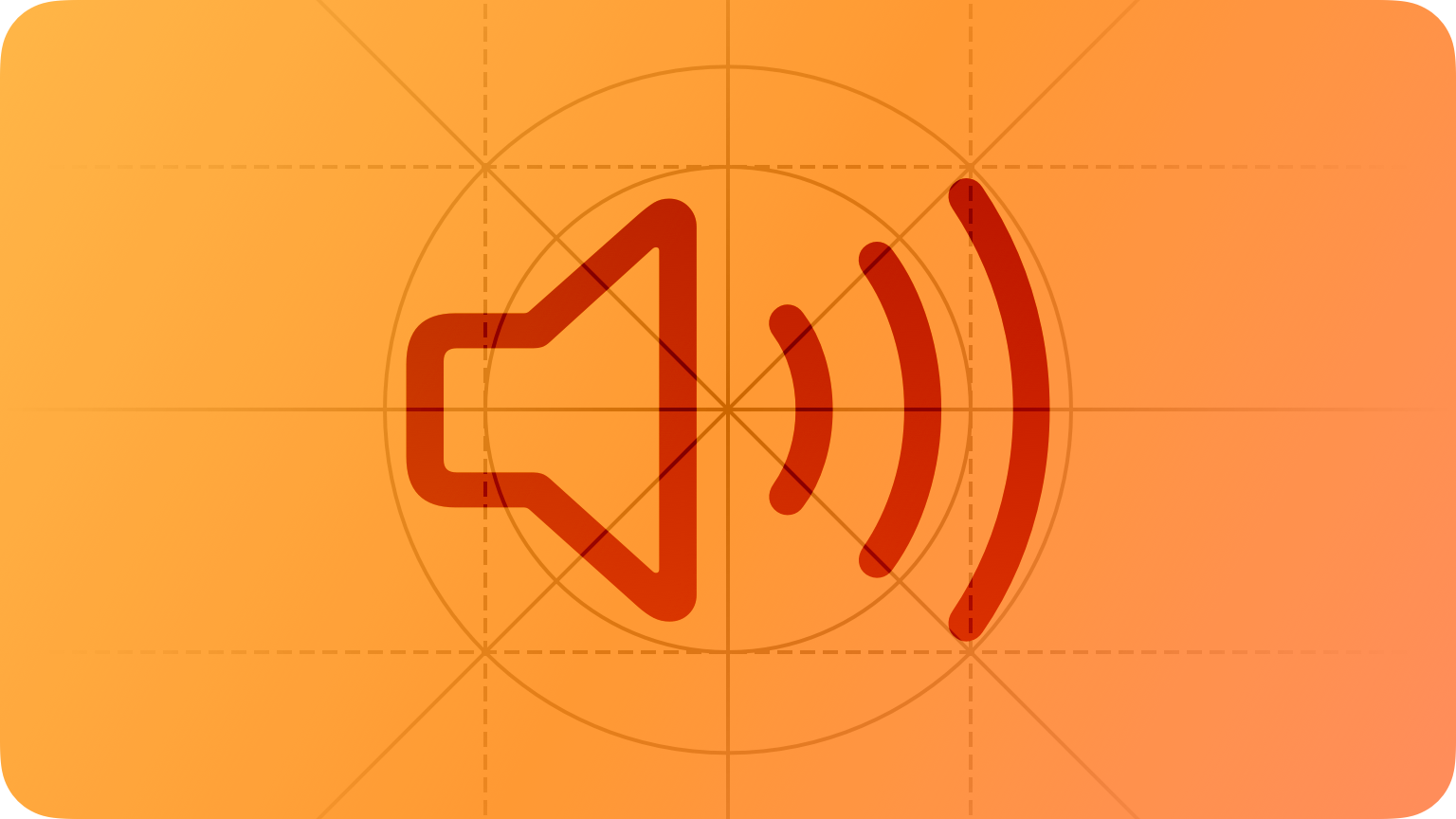 Devices can play audio in a variety of ways, such as through internal or external speakers, headphones, and wirelessly through Bluetooth or AirPlay-enabled devices. To manipulate sound on their devices people use several types of controls, including volume buttons, the Ring/Silent switch on iPhone, headphone controls, the Control Center volume slider, and sound controls in third-party accessories. Whether sound is a primary part of your experience or an embellishment, you need to make sure it behaves as people expect as they make changes to volume and output.

Silence. People switch their device to silent when they want to avoid being interrupted by unexpected sounds like ringtones and incoming message tones. In this scenario, they also want to silence nonessential sounds, such as keyboard clicks, sound effects, game soundtracks, and other audible feedback. When a device is in silent mode, it should play only the audio that people explicitly initiate, like media playback, alarms, and audio/video messaging.

Volume. People expect their volume settings to affect all sound in the system — including music and in-app sound effects — regardless of the method they use to adjust the volume. An exception is the ringer volume on iPhone, which people can adjust separately in Settings.

Headphones. People use headphones to keep their listening private and to free their hands. When plugging in headphones, users expect sound to reroute automatically without interruption; when unplugging headphones, they expect playback to pause immediately.

Adjust levels automatically when necessary — don’t adjust the overall volume. Your app can adjust relative, independent volume levels to achieve a great mix of audio, but the system volume should always govern the final output.

Permit rerouting of audio when possible. People often want to select a different audio output device. For example, they may want to listen to music through their living room stereo, car radio, or Apple TV. Support this capability unless there’s a compelling reason not to.

Use the system-provided volume view to let people make audio adjustments. The volume view includes a volume-level slider and a control for rerouting audio output. You can customize the appearance of the slider. For developer guidance, see MPVolumeView.

Choose an audio category that fits the way your app or game uses sound. Depending on the audio category you choose, your app’s sounds can mix with other audio, play while your app is in the background, or stop when people set the Ring/Silent switch to silent. As much as possible, pick a category that helps your app meet people’s expectations. For example, don’t make people stop listening to music from another app if you don’t need to. For developer guidance, see AVAudioSession.Category.

Respond to audio controls only when it makes sense. People can control audio playback from outside your app’s interface — such as in Control Center or with controls on their headphones — regardless of whether your app is in the foreground or background. If your app is actively playing audio, in a clear audio-related context, or connected to a Bluetooth or AirPlay-enabled device, it’s fine to respond to audio controls. Otherwise, when people activate a control, avoid halting currently playing from another app.

Avoid repurposing audio controls. People expect audio controls to behave consistently in all apps, so it’s essential to avoid redefining the meaning of an audio control in your app. If your app doesn’t support certain controls, don’t respond to them.

Consider creating custom audio player controls only if you need to offer commands that the system doesn’t support. For example, you might want to define custom increments for skipping forward or backward, or present content that's related to the playing audio, such as a sports score.

Although most apps and games rely on the system’s default interruption behavior, you can customize this behavior to better accommodate your needs.

Determine how to respond to audio-session interruptions. For example, if your app enables recording or other audio-related tasks that people don’t want interrupted, you can tell the system to avoid interrupting the currently playing audio for an incoming call unless people choose to accept it. Another example is a VoIP app, which must end a call when people close the Smart Folio of their iPad while they’re using the built-in microphone. Closing the Smart Folio automatically mutes the iPad microphone and by default interrupts the audio session associated with it. If a VoIP app restarts the audio session when people reopen their Smart Folio, it risks invading people’s privacy by reenabling the microphone without their knowledge. You can inspect an audio-session interruption to help determine the right way to respond; for developer guidance, see Responding to audio session interruptions.

In macOS, notification sounds mix with other audio by default.

In tvOS, the system plays audio only when people initiate it, through interactions within apps and games or when performing device calibrations. For example, tvOS doesn’t play sounds to accompany components like alerts or notifications.

In watchOS, the system manages audio playback. An app can play short audio clips while it’s active and running in the foreground, or it can play longer audio that continues even when people lower their wrist or switch to another app. For developer guidance, see Playing background audio.