An edit menu lets people make changes to selected content in the current view, in addition to offering related commands like Copy, Select, Translate, and Look Up. 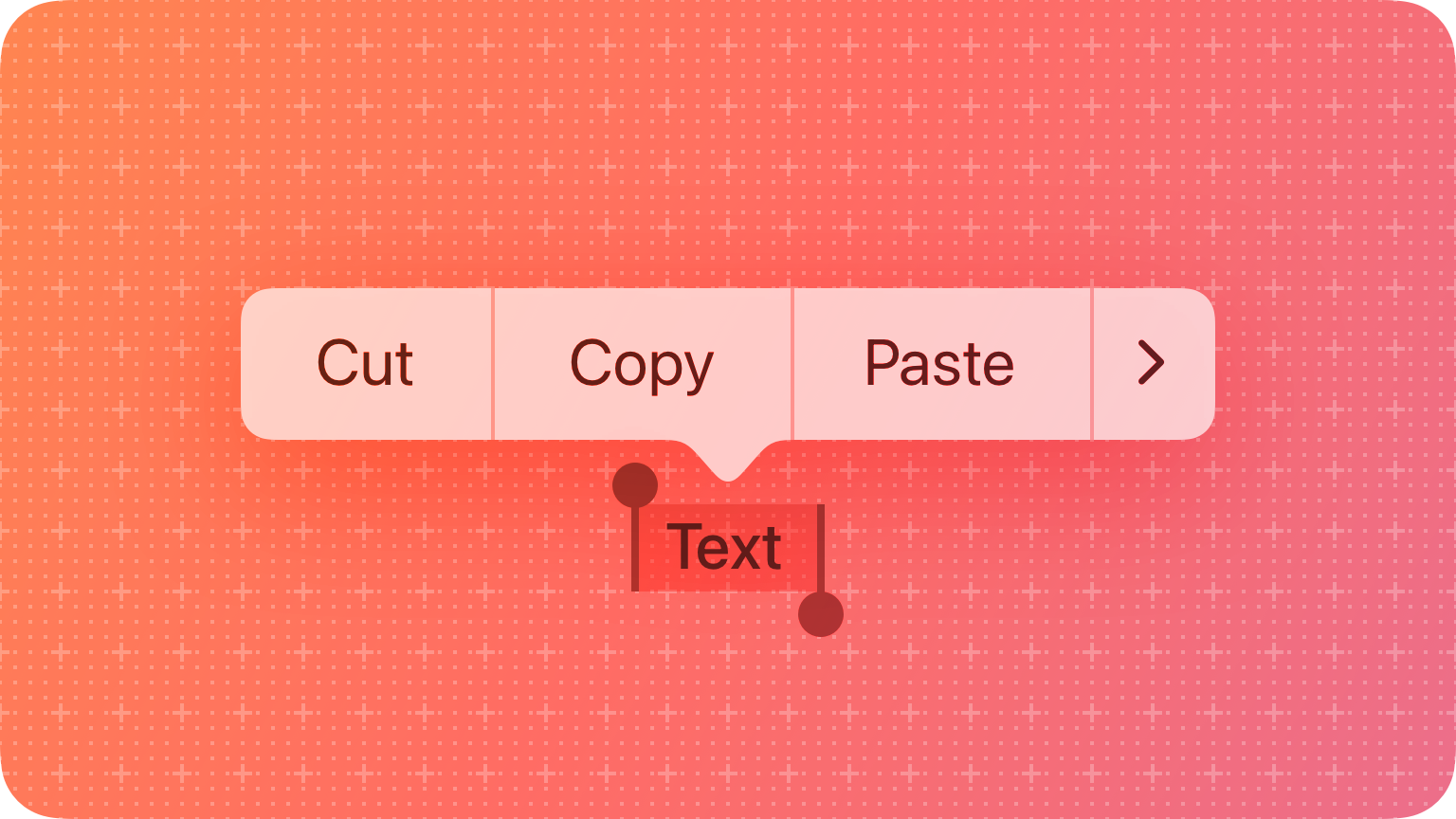 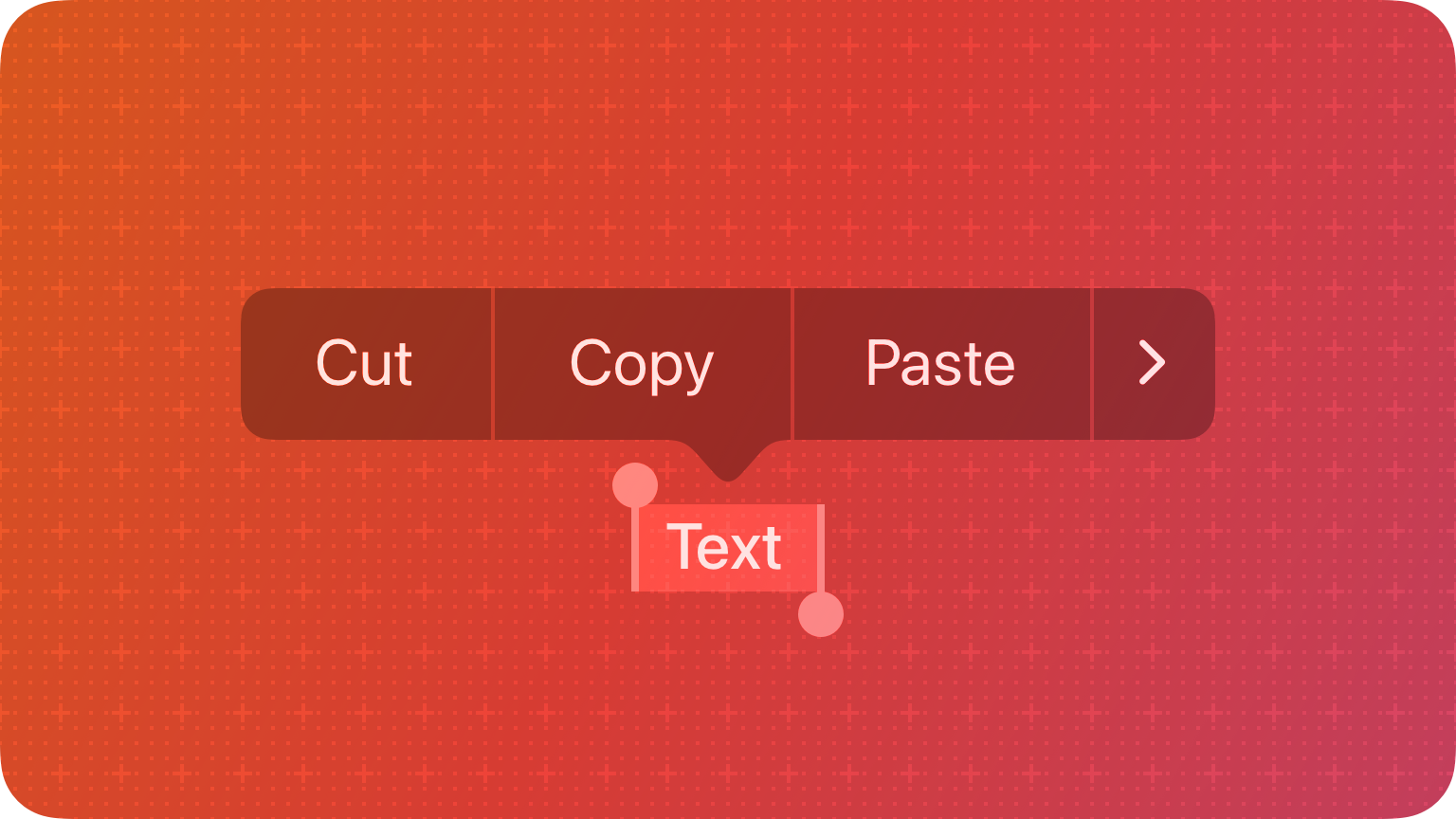 In addition to text, an edit menu’s commands can apply to many types of selectable content, such as images, files, and objects like contact cards, charts, or map locations. Beginning in iOS 16 and iPadOS 16, the system automatically detects the data type of a selected item, enabling the addition of a related action to the edit menu. For example, selecting an address can enable an edit-menu item like Get directions.

Editing content is rare in tvOS and watchOS experiences, so the system doesn’t provide an edit menu in these platforms.

Prefer the system-provided edit menu. People are familiar with the contents and behavior of the system-provided component, so creating a custom menu that presents the same commands is redundant and likely to be confusing. For a list of standard edit menu commands, see UIResponderStandardEditActions.

Enable commands that are relevant in the current context, removing or dimming commands that don’t apply. For example, if nothing is selected, avoid showing options that require a selection, such as Copy or Cut. Similarly, avoid showing a Paste option when there’s nothing to paste.

When it makes sense, let people select and copy noneditable text. People appreciate being able to paste static content — such as an image caption or social media status — into a message, note, or web search. In general, let people copy content text, but not control labels.

Support undo and redo when possible. Like all menus, an edit menu doesn’t require confirmation before performing its actions, so people can easily use undo and redo to recover a previous state. For guidance, see Undo and redo.

In general, avoid implementing other controls that perform the same functions as edit menu items. People typically expect to choose familiar edit commands in an edit menu, or use standard keyboard shortcuts. Offering redundant controls can crowd your interface, giving you less space for presenting actions that people might not already know about.

Differentiate different types of deletion commands when necessary. For example, a Delete menu item behaves the same as pressing a Delete key, but a Cut menu item copies the selected content to the system pasteboard before deleting it.

Adjust an edit menu’s placement, if necessary. Depending on available space, the default menu position is above or below the insertion point or selection. The system also displays a visual indicator that points to the targeted content. Although you can’t change the shape of the menu or its pointer, you can change the menu’s position. For example, you might need to move the menu to prevent it from covering important content or parts of your interface.

To learn about the order of items in a macOS app’s Edit menu, see Edit menu.