A physical keyboard can be an essential input device for entering text, navigating, performing actions, and more. 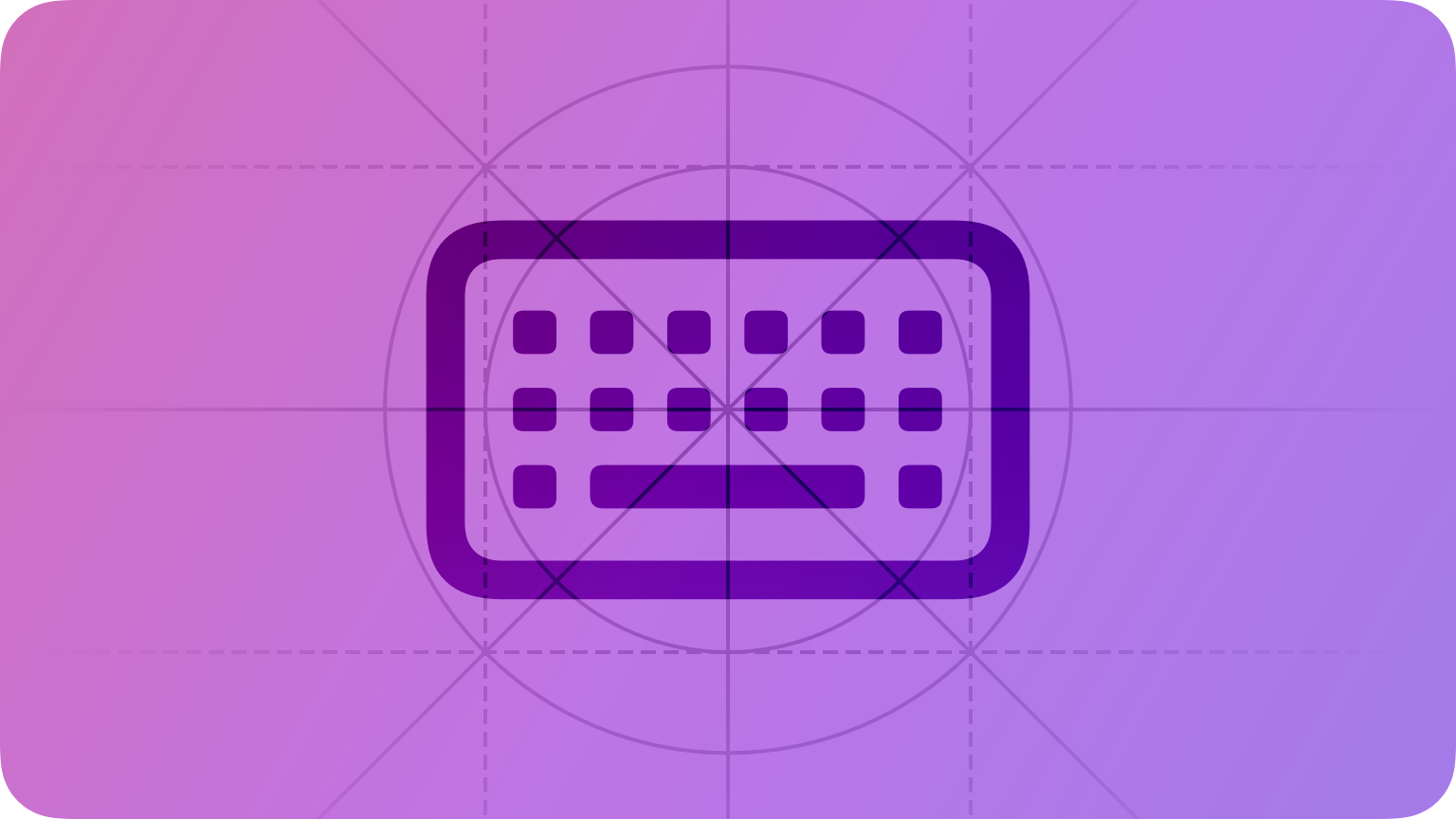 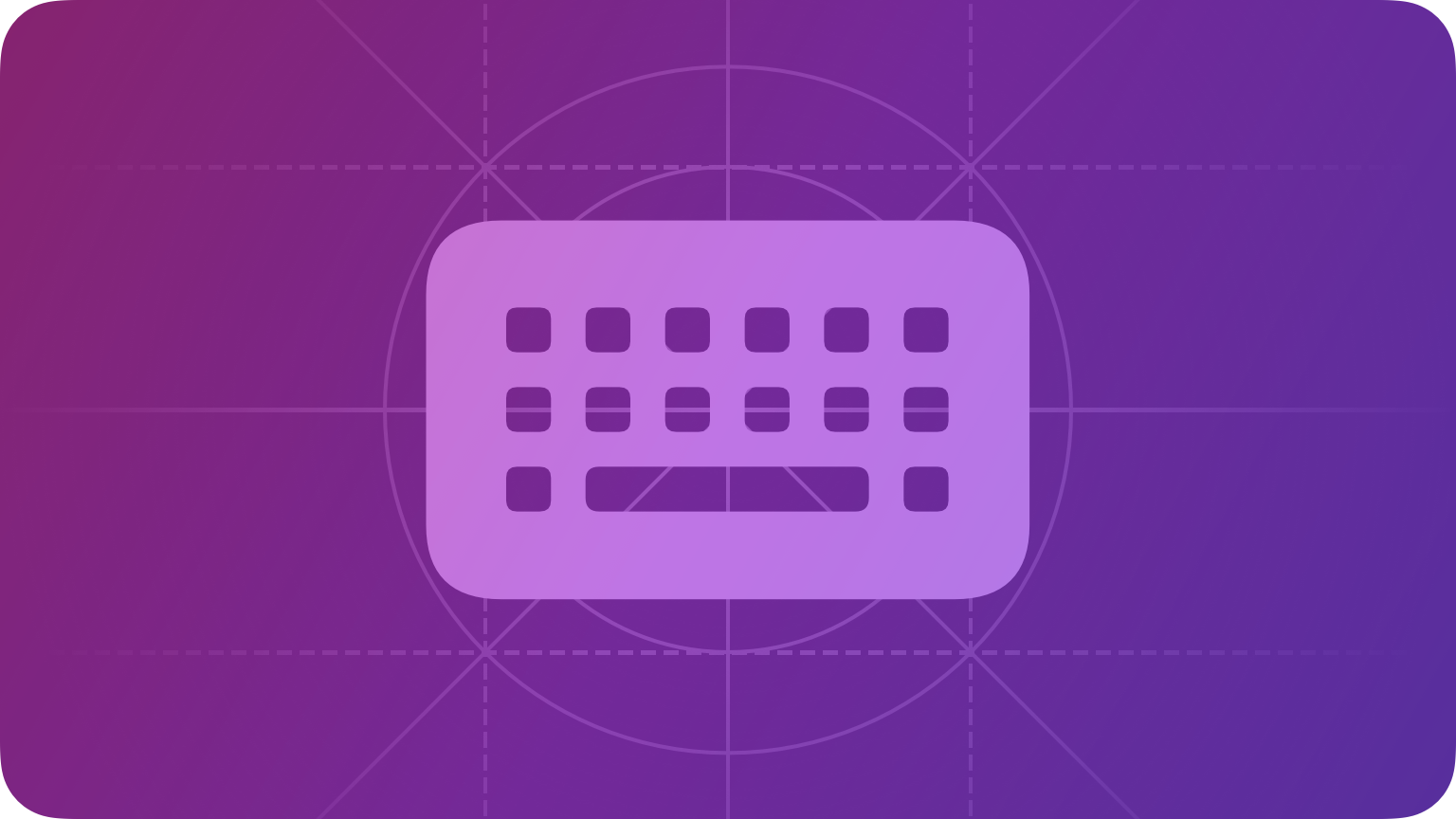 On a Mac, some people prefer using a keyboard instead of a mouse or a trackpad, and VoiceOver users require it. People can also connect an external keyboard to their iPhone, iPad, or TV.

When a physical keyboard is available, people often rely on keyboard shortcuts, which offer efficient ways to initiate actions without using a mouse or trackpad to navigate a menu or click a button.

Support keyboard-only interaction where possible. As the name suggests, full keyboard-access mode lets people navigate and activate windows, menus, controls, and system features using only the keyboard. To learn more, see Navigate your app using Full Keyboard Access and Adjust the onscreen and external keyboard settings on iPad. In iPadOS, you can enhance the experience of using a connected keyboard with your app by customizing visual effects that help people focus on individual items as they navigate your interface. For guidance, see Keyboard navigation on iPad.

Most keyboard shortcuts consist of a combination of keys: a single primary key and one or more of the modifier keys (Command, Shift, Control, and Option). A rare exception is the Esc (Escape) key, which people can use as a shortcut to invoke a cancel action in various contexts. 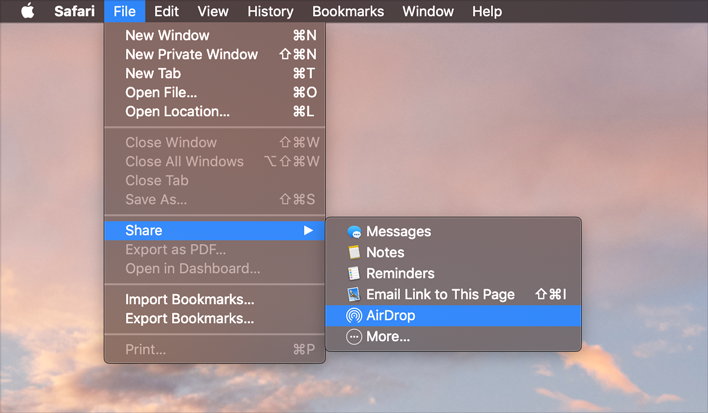 The keyboard shortcuts in an iPadOS app appear in the shortcut interface that displays when people hold the Command key on a connected keyboard. Similar in organization to an app’s menu bar menus on a Mac, the shortcut interface on iPad displays app commands in familiar system-defined menu categories such as File, Edit, and View. Unlike menu bar menus, the iPad interface displays all relevant categories in one view, listing within each category only available commands that also have shortcuts. 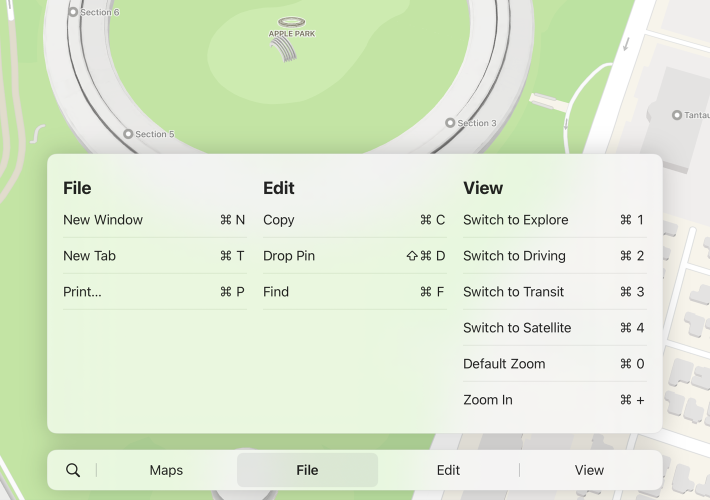 In general, don’t repurpose standard keyboard shortcuts for custom actions. People can get confused when the shortcuts they know work differently in your app. Only consider redefining a standard shortcut if its action doesn’t make sense in your app. For example, an app that doesn’t support text editing doesn’t need a text-styling command like Italic, so it might use Command–I for an action that has more relevance in the app, such as Get Info.

Let people use modifier and other keys to adjust the behavior of some interactions. For example, pressing Command while dragging moves items as a group, and pressing Shift while drag-resizing constrains resizing to the item’s aspect ratio. In addition, holding an arrow key moves the selected item by the smallest app-defined unit of distance until people release the key.

It’s important for custom keyboard shortcuts to use modifier keys in ways that people expect.

Here are the modifier keys and the symbols that represent them.

Prefer the Shift key as a secondary modifier when the shortcut complements another shortcut. For example, Command-P displays the Print dialog in most apps. The standard shortcut for the Page Setup dialog, which complements printing, is typically Shift-Command-P.

As much as possible, avoid using the Control key as a modifier. The system uses Control in many systemwide features, like moving focus or capturing screenshots.

Avoid creating a new shortcut by adding a modifier to an existing shortcut for an unrelated command. For example, because people are accustomed to using Command-Z for undoing an action, it would be confusing to use Shift-Command-Z as the shortcut for a command that’s unrelated to undo and redo.

List modifier keys in the correct order. If you use more than one modifier key in a custom shortcut, always list them in this order: Control, Option, Shift, Command.

TIP Some languages require modifier keys to generate certain characters. For example, on a French keyboard, Option-5 generates the “{“ character. It’s usually safe to use the Command key as a modifier, but avoid using an additional modifier with characters that aren’t available on all keyboards. If you must use a modifier other than Command, prefer using it only with the alphabetic characters.

Let the system localize and mirror your keyboard shortcuts as needed. For example, iPadOS automatically localizes a shortcut’s primary key and modifier keys to support the currently connected keyboard. Also, if your app switches to a right-to-left layout, the system automatically mirrors the shortcut. For guidance, see Right to left.

No additional considerations for iOS, macOS, or tvOS. Not supported in watchOS.

Help people discover available actions in your iPadOS app. Because the iPad shortcut interface displays a flat list of all items in each category, submenu titles aren’t available to provide context for their child items. For example, the item titles Name and Date Added don’t make sense without the context of the submenu title Sort Bookmarks By. You can enhance each item’s title by including the necessary context, such as Sort Bookmarks by Name and Sort Bookmarks by Date Added. For developer guidance, see discoverabilityTitle.

By default, iPadOS 15 and later enables keyboard navigation in text fields, text views, and sidebars, providing APIs you can use to enable it in various types of collection views and other custom views in your app. For developer guidance, see Focus-based navigation.

The iPadOS and tvOS focus systems are similar. People perform actions by moving a focus indicator to an item and then selecting it (for guidance, see Focus and selection). Although the underlying system is the same, the user experiences are a little different. tvOS uses directional focus, which means that people can use the same interaction — that is, swiping the Siri Remote or using only the arrow keys on a connected keyboard — to navigate to every onscreen component. In contrast, iPadOS defines focus groups, which represent specific areas within an app, like a sidebar, grid, or list. Using focus groups, iPadOS can support two different keyboard interactions.

Onscreen components can indicate focus by using the halo effect or the highlighted appearance.

The halo focus effect — also known as the focus ring — displays a customizable outline around the component. You can apply the halo effect to custom views and to fully opaque content within a collection or list cell, such as an image. 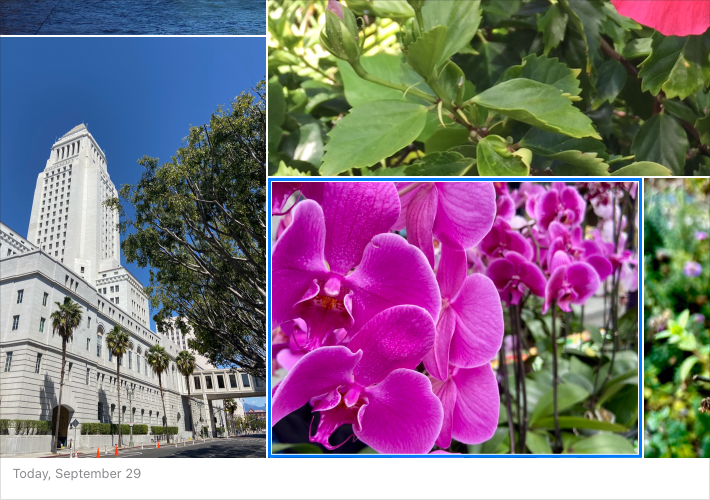 Photos uses the halo effect to indicate the focused photo in a collection.

Customize the halo focus effect when necessary. By default, the system uses an item’s shape to infer the shape of its halo. If the system-provided halo doesn’t give you the appearance you want, you can refine it to match contours like rounded corners or shapes defined by Bézier paths. You can also adjust a halo’s position if another component occludes or clips it. For example, you might need to ensure that a badge appears above the halo or that a parent view doesn’t clip it. For developer guidance, see UIFocusHaloEffect. 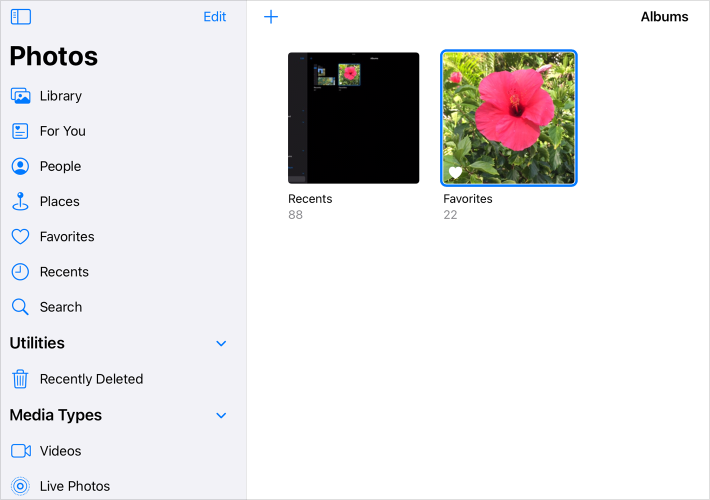 Photos uses a rounded-corner halo to match the corners of the focused album’s thumbnail.

The highlighted appearance — in which the component’s background uses the app’s accent color — also indicates focus, but it’s not a focus effect. The highlight appearance occurs automatically when people select a collection view cell on which you’ve set background and content configurations (for developer guidance, see UICollectionViewCell). 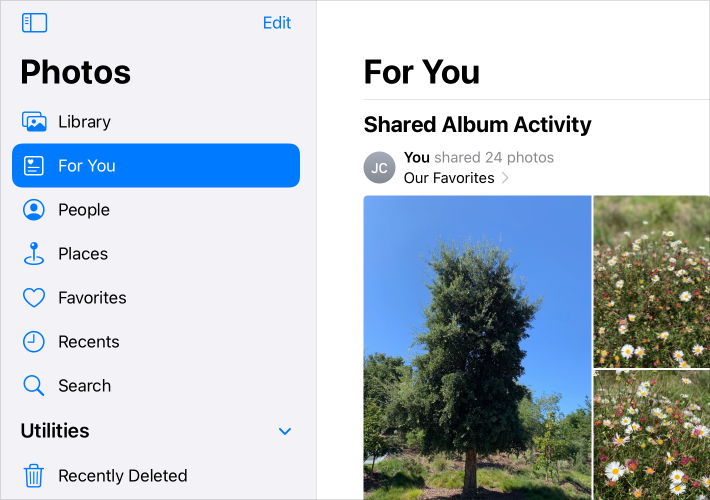 Photos uses the highlighted appearance to indicate the selected item in the sidebar.

Ensure that focus moves through your custom views in ways that make sense. As people continue pressing the Tab key, focus moves through focus groups in reading order: leading to trailing, and top to bottom. Although focus moves through system-provided views in ways that people expect, you might need to adjust the order in which the focus system visits your custom views. For example, if you want focus to move down through a vertical stack of custom views before it moves in the trailing direction to the next view, you need to identify the stack container as a single focus group. For developer guidance, see focusGroupIdentifier.

Adjust the priority of an item to reflect its importance within a focus group. When a group receives focus, its primary item automatically receives focus too, making it easy for people to select the item they’re most likely to want. You can make an item primary by increasing its priority. For developer guidance, see UIFocusGroupPriority.

The following keyboard shortcuts are either reserved by the system or well-known to people.

The system reserves several key combinations for use with localized versions of the system, localized keyboard, keyboard layouts, and input methods. These shortcuts don’t correspond directly to menu commands.